One of my favorite things about B&W film is in its simplicity and not needing to worry about filters when the conditions are anything other than daylight for purposes of white balancing. Often times, when I’m shooting indoors, I don’t have much if any natural light. More often than not when I’m shooting indoors, I can’t count on a lot of natural light and 400 speed film is too slow. In comes 3200 speed film. It’s great. I always have some in the freezer.

The only downside is the fact that it’s only available in 35mm. And even then that’s not that big of a deal. finger’s crossed they eventually come out with it in 120 Between this stock and Illford Delta 3200 in 35mm, I couldn’t suggest this stock more. While the grain is a bit more than I would expect from a 400 speed film, it’s far and away better than Illford’s alternative in terms of grain and feel.

At this point, I almost always have a roll of it in one of my two Nikon F2s. While I’ve experimented with it outdoors for a few frames of each roll, I’ve never really been that impressed. I had a difficult time getting the shots to not be too bright and it loses some of the texture I have to love it for. 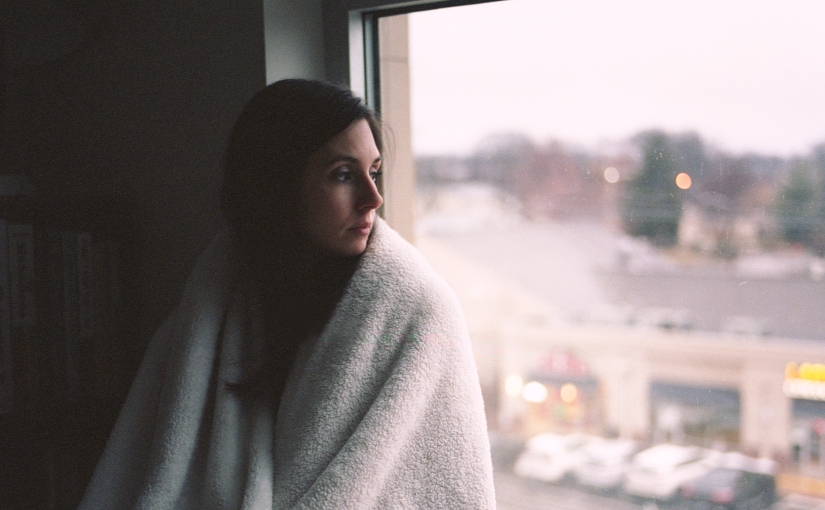 Portra 400 was one of the first stocks I tried when I started getting back into photography and it’s been my go-to for color negatives since then. By and large, I’ve experimented with it more than any other film. I’ve overexposed it, underexposed it, pulled it, and pushed it. It is such an incredibly versatile film, you would be hard pressed to find conditions it can’t work with that other films can. For this reason, it has become one of the most popular film stocks in the world and arguably the most recognizable branding and color palette of any color film.

For all these reasons, the hype around Portra 400 has been built up to a point any and all film blogs and reviews would not be complete without it.

The Portra 400 we know today has not been around for very long and yet I would argue it encapsulates the entire look and feel to film. Its predeccesors were the ‘NC’ and ‘VC’ varieties and in 2010 Kodak consolidated these lines into 1, the Portra 400 as we know it now. At that time, they made multiple improvements, incorporating technology from their Vision motion picture films. It’s these improvements that have helped Portra 400 become one of the most popular films in the world.

Argueabley the best part of Portra 400 is the color palette. Exposed properly, it isn’t very saturated and is a bit warm. When it was first introduced to me, my friends told me it was by and large the best film for portraits – hence the name Portra (Portra = Portrait). As time went on, I found that I would be in agreement with them. Comparing it with other Kodak color negative films, I’ve found Portra 160 to have too little saturation, Portra 800 to have too much saturation, and Ektar to be too bold. While this is a matter of personal taste, most of the photographers I’ve talked to have somewhat similar opnions.

For landscapes, I’ve found it be close to perfect. It’s fast enough that I can almost always count on going hand held and provides nice color rendering. As such, it’s always with me when I head out on adventures.

If the weather is right, I’m most likely going to overexpose by 1 stop since Portra 400 can take about as much overexposure as you can reasonably throw at it. As conditions start to get more tight, I’ll shoot for a neutral exposures. Further yet, if conditions are so unfavorable for hand held shooting that you’re not going to get the meter to register anything reasonable, I’ll set the shutter speed as low as I can go and open the lens up and hope for the best. I have rarely been disappointed- even if the initial scan is so dark you can’t see much of anything, I can usually get out a lot more detail when I scan at home.

As you can see from the first half of the cases above, there’s a warm easthetic to Portra. In the latter half shots, the weather was a bit overcast and cools down all film shots unless you’re using a warming filter. The two NYC shots were on only slightly overcast and while it’s not my favorite vibe all the time, I think it matched the concrete and steel esthetic of NYC. The last two pairs are from a trip to Banff where the weather conditions ranged from isolated, touch-and-go cloudyness to a good deal less than favorable. No matter – Portra 400 stood up well and provided some great images.

As I touched on before, this film is great for portraits. I mean… It’s in the name. Kodak quite literally made this film to take high quality portraits.

The dynamic range of this film is just insane (we even demonstrated as much in the exposure testing article). I can count on (probably on one hand) how many times Portra let me down because I knowingly or even unwittingly under or overexposed too much. While I often push (not literally pushing the film) this film to its limits with underexposure, I’ve not often been in a place of overexposure by more than a stop on purpose.

In fact, I frequently have Portra 400 in the camera and put myseld in conditions that seem too dark. At that time I just open up the lens as wide as I can and set the shutter speed to as slow as I can confidently go. The resulting images have become some of my favorite photographs. The result of the images tend to be a bit more saturated than you would get from a neutral exposure.

Below are some shots when there was enough light to shoot but not so much I could afford to overexpose or stop down the lens by much if at all.

As you can see, the colors completely change as you stop feeding it as much light. When I’m shooting with my Mamiya RB67, I struggle to find times where there’s enough light to feed its slow lenses without have so much light it gets blown out. Walking that tight rope generally leaves me in this circumstance.

Then I have those times where it’s so dark with an isolated light source and you’re not sure if anything is going to work out. In most situations, I set the exposure to 1/60th and open the lens up and go for it as best I can. Portra 400 will almost always surprise me with what it can still capture even in these situations.

As you can see in the below shots, you’re not going to get much light across the entire frame but I would like to think that it does about as great job with what it’s given. That first shot still blows my mind. I really didn’t expect much of anything to come out of it but here we are. And that last shot? It was taken about an hour after sunset and my friend and I were starting up the grill. I snapped one shot as he was dumping in the hot charcoal and hoped they would provide enough light. The scan from the lab looked terrible – you couldn’t even make out that there was a person there. As I do with all of my shots, I scanned it myself and pushed it in post about as far as one can and there you have it.

In all honesty, I’ve never pulled this film. With as much as I’ve experimented with it, I would have thought I would have tried it by now but I haven’t. That honor goes to much faster film that can sometimes be too fast.

I’ve pushed this film to 800, 1600, and 3200. While the results from 800 are great as can be evidenced by the exposure testing, I can’t honestly say I’ve loved the results at 1600 or 3200. That said, in both cases, I would shooting almost exclusively indoors without a filter to adjust for the tungsten light. Retesting at these speeds is something I still need to do.

To begin, whether it’s been clear or not, this is my favorite film. I honestly think I’ve shot through more of it than every other film combined. When my friends decide to give film a go, I give them a roll of Portra 400 because I want them to love film and with the color palette coupled with the virtually mistake-proof dynamic range, this film is the perfect way to start.

While there always those times where I wished I had a different film loaded in the camera (maybe something a lot faster or maybe some slide film or something for really saturated landscapes) I can’t say I’ve ever been disappointed with it. Ever. It has been and will continue to be my go-to when I want something dependable and my back up when I’m experiementing with new film but want to make sure I get something at the end.

I can’t recommend it enough.